Deep-sea biodiversity and the effects of drilling disturbance in the western Indian Ocean off Tanzania.

In a collaboration with BG Group, which started in 2013, SERPENT scientists have been exploring the deep sea off Tanzania. The project aims to document the deep-sea organisms encountered at BG Tanzania's drilling operations in water over 1000 m deep. To the end of 2016 SERPENT has visited 8 sites in the study area shown below: 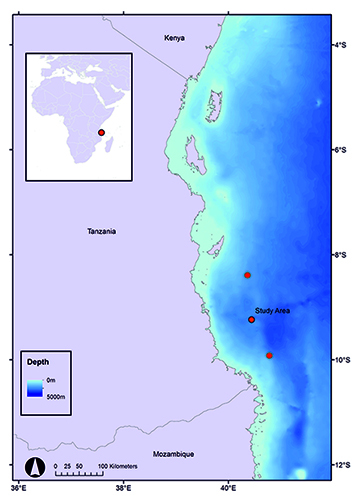 Using the Millennium ROVs on board the Deep Sea Metro 1 drillship, video and stills images have been collected and analysed to report the species encountered and to map the extent of dristurbance from drilling on the seabed. Sediment samples are collected to further investigate the drilling disturbance and the data are collated to improve our understanding of anthropgenic impacts in deep water.

A baited time-lapse camera has also been used to document the scavenging fauna of the deep sea: 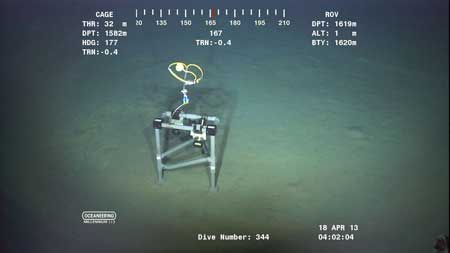 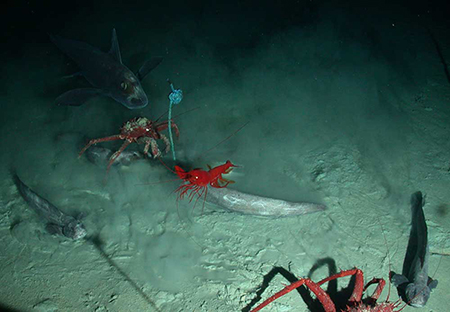 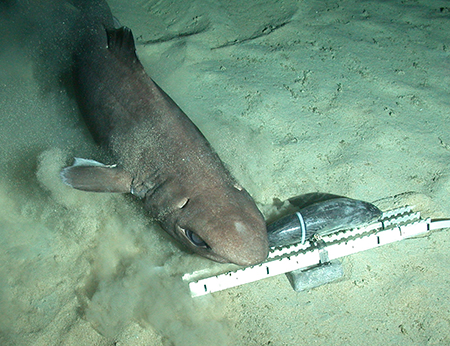 An extremely unusual observation of a Scalloped Hammerhead (Sphyrna lewini) at the seabed at >1000 m depth. This is the deepest record for this species and highlights our increasing understanding of use of the deep sea by species traditionally thought to be found nearer the surface. This observation is published in the journal Marine Biodiversity Records (subscription required) and the video clip is shown below: 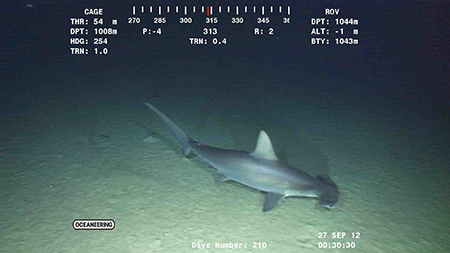 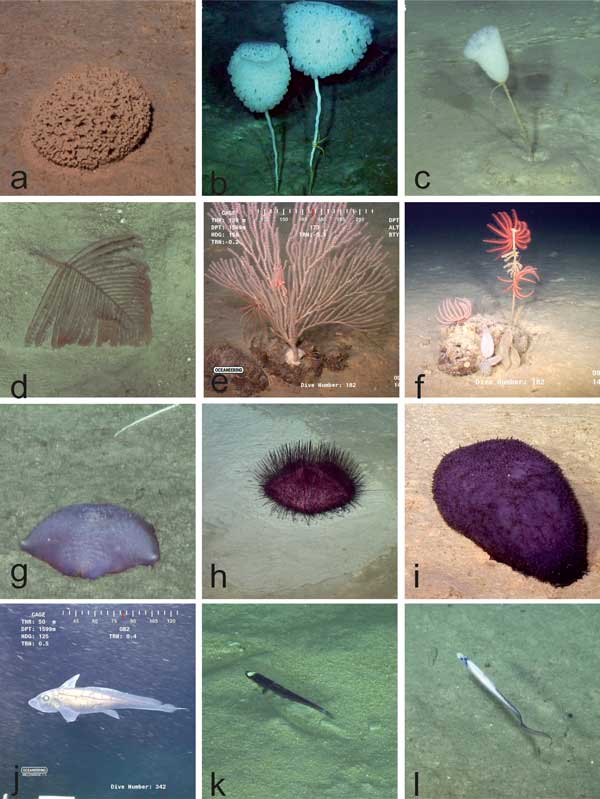 The observations made using the ROV and time-lapse cameras have been used to create a photographic identification guide to the deep-sea fauna found in Blocks 1, 2 and 4 offshore Tanznia. A link to the PDF of the guide is available here: 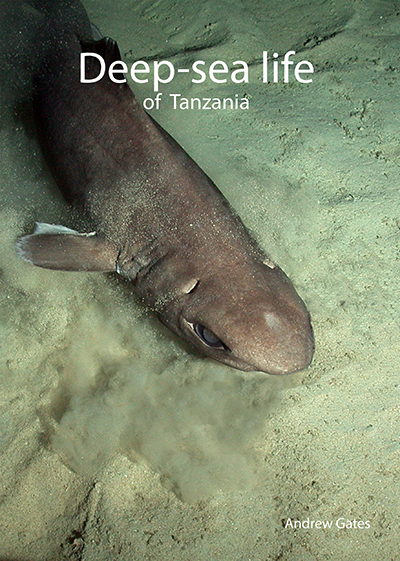 In situ observations in deep water provide opportunities to improve our understanding of the behaviour of deep-sea organisms that are rarely encountered. After observing a fish hiding under a black coral on several occations over the course of a week during a SERPENT visit to a drilling rig in the western Indian Ocean off Tanzania we decided to put a time-laspe camera on the location to observe the interaction. The fish, a cusk eel (Bassozetus) remained under the coral (an antipatharian, Schizopathes) for most of the duration of the timelapse footage (around 30 hours). The only occasions the fish left its cover it had returned in the subsequent frame.

The observations have been published in the journal Marine Biodiversity and suggest the fish may expend less energy when under the coral. Other similar observations in the area suggest such associations are beneficial. These observations were chance encoutners that show the importance of fine scale habitat heterogeneity in deep-sea environments and highlight how much there is to learn about the animals that live in the deep sea. ROV observations are an important part of this process. The individual frames are 1 minute apart.

The full text for the article is available here and the video footage is shown below:

Observations of deep-sea animals are recorded in the SERPENT archive.

A PDF of an article about the SERPENT work in BG Group's Links magazine.

An article on the BG website about SERPENT work in Tanzania